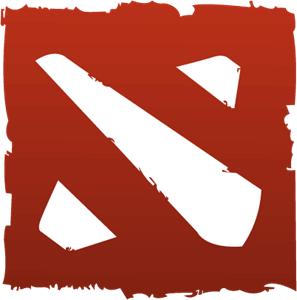 Dota (Defence of the Ancients) 2, produced by Valve, is among the world’s most popular video games. Classified as a Multiplayer Online Battle Arena (MOBA) game, Dota 2 has a massive player and fan base across the world. Those that don’t compete usually regularly watch those who do, on popular streaming service Twitch.

With such a huge following, it makes sense that Dota 2 is the leading eSports betting title, offering the most coverage and markets. There are over 40 tournaments held throughout the year, so you should always be able to find one to bet on. Learn more about doing that, and how the game works, by reading on below.

In Dota 2 there are 2 teams fighting against each other, known as Radiant and Dire, with 5 players in each. The objective is to destroy the enemy’s base camp, known as the Ancient, while defending their own. Each player selects a hero to represent them on the battlefield before gaming commences.

There are 115 heroes to choose from, and all of them have different skill sets and abilities. Within the 5-person squad, therefore, a certain amount of balance is required. Heroes are divided into 2 categories, Core/Carry and Support characters, both of which are essential.

Core heroes literally carry their team to victory, exacting major damage as they gain strength (through experience points and improved weapons) while Support heroes protect, heal or assist the Carriers. Generally core characters start out weak and require a lot of support, while later they are strong and determine the outcome of the game.

The battles in Dota 2 are staged on a single map, with each new game starting at the beginning. Tournaments usually follow a best-of-3 or best-of-5 format, meaning the victorious team must win at least 2 or at least 3 maps respectively. On the map are 3 different roads that the heroes travel down, with creeps appearing on each path.

Squads need to fight the creeps to gain the experience points that they need to level up, but a player will only get the points if they are the one to land the last hit that finally destroys the creep. To prevent the competitors gaining XP, teams often actually kill the creeps attacking the opposition.

Dota 2 has a remarkably simple structure, and the battleground never changes. What makes each game a unique challenge is the fact that the heroes operate so differently. As an eSport, it’s featured in The International (the biggest event and the culmination of the season), the Asia Championships (often called “the Chinese International”) and many other major and minor contests. Prize pools are usually crowdfunded, and can run into millions of dollars.

Possible bets include overall winners, map handicaps where bettors predict how many rounds a squad will win, totals and propositions such as who will draw first blood and which team will be the first to amass 10 kills. Pregame and live wagers are both possible, so decide what format you prefer and get online betting offers!